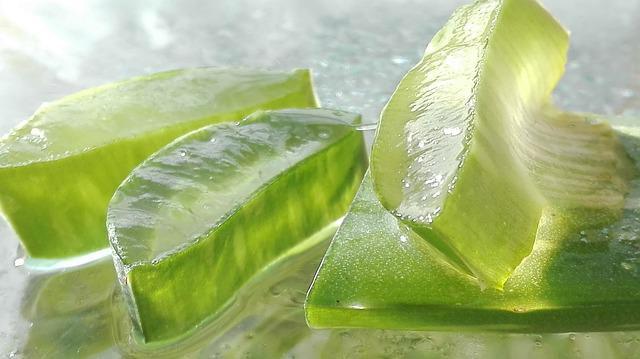 Aloe Vera is truly an incredible plant and it belongs to the botanical family named Liliaceae. For your information, the other major medicinal and culinary herbs, onion and garlic also belong to this same family. Different parts of aloe vera are used for different effects on the human body. Aloe Vera is used for both internal and external applications.

Humans have used aloe vera therapeutically for the last 5000 years. Aloe Vera contains about 200 active chemical constituents, including several vitamins, minerals, enzymes, amino acids, fatty acids and polysaccharides. Thus, it is no wonder that aloe vera is used for numerous remedies. The aloe vera leaf is filled with a clear gel like substance which contains approximately 99% of water and this gives the bulky nature to the aloe vera.

There are so many health benefits and medicinal properties hidden in aloe vera. Out of those several effects of aloe vera a few are elaborated below.

Aloe Vera also contains a good amount of fatty acids, which are highly helpful for protecting the human body from unwanted morbid diseases. Aloe Vera contains 3 types of plant sterols like HCL cholesterol, campesterol and Beta-sitosterol. All these three sterol help in lowering the fats in the blood, reduces the allergic symptoms and acid reflux symptoms. Few other fatty acids which are observed in aloe vera is linoleic acid, caprylic acid, oleic acid, palmitic acid and stearic acid.

Aloe Vera is an extraordinary adaptogen. An adaptogen is nothing but a substance which boosts up or  increases the human body’s natural adapting ability towards the external changes and thereby resists the illnesses. In that way, aloe vera is a good adaptation, which maintains the body’s homeostasis, stimulates the defense and adaptive mechanisms of the human body. Through this way aloe vera helps in coping up with all types of stress like physical, mental, emotional and environmental stress like pollution, etc.

Most of the diseases in the human body start from the digestive system only. Thus keeping the digestion under our control will give you a problem free and long lasting life. Aloe Vera helps in soothing as well as cleansing the gastrointestinal tract and thereby aids in proper digestion and absorption of nutrients. The important advantage in consuming aloe vera internally is that it helps in both constipation as well as diarrhea. This is because of its digestion aiding effect as well as the adaptive effect. It is thus highly helpful for the persons who are having irritable bowel syndrome, acid reflux disorder. Consuming aloe vera internally also helps in eradicating the unwanted bacterial colonies from the intestines and thus helps in formation of healthy bacterial flora which in turn lead to proper digestion and healthy absorption.

Just like the seaweeds and chia, aloe vera is also a gelatinous plant food. When consuming such gelatinous plant food along with the regular diet, it assists in easy movement inside the intestine and thereby no toxins will be settled inside the colon. Once the elimination process is good in the human body, then automatically the body will be detoxified.

Generally diseases cannot manifest in an alkaline atmosphere. But in the modern world most of the people are leading their life with only acidic food stuffs. For long standing disease free life always try to keep in your mind that following 80:20 i.e., 80% alkaline forming foods and 20% acidic foods are the right proportion. Aloe Vera is basically an alkaline forming food item and thus it alkalizes the body easily and helps in maintaining the acid base balance in the body.

Several researches were conducted on the importance of aloe vera on Cardiovascular health and very few researches gave good results that when the aloe vera extract was injected into the blood stream, it greatly multiplies the ability of RBC’s (Red Blood Cells) transportation and diffusion of oxygen. According to the research study published by the British Medical Journal in the year 2000, the Beta-sitosterol present in aloe vera helps to lower the cholesterol levels highly. By regulating the blood pressure, improving the oxidation of blood, improving the blood circulation, lowering the blood cholesterol and thus making the blood less sticky, aloe vera can easily overcome any sorts of heart diseases.

In the present world the major cause of most of the diseases is stress. Hence every human being is in need of a good booster to keep their immune system healthy. Aloe Vera contains good amount of polysaccharide which stimulates the macrophages (white blood cells of the immune system) and helps in fighting against the viruses and bacterias. Aloe Vera also contains high level anti-oxidants which help in combating the unstable compounds generating in the blood such as free-radicals. The free-radicals generate naturally in the human body and when the body is overloaded with heavy amount of free-radicals, then it may automatically cause so many complications like early ageing process, cardiovascular troubles, etc. Aloe Vera also has antipyretic property and thus consuming it properly reduces the body temperature heavily.

This is a well known information that aloe vera is used as one of the primary compounds in the cosmetic industry. Aloe Vera helps in healing the wounds readily and thus it is used as a topical application for burn injuries, abrasions, skin disorders like eczema, psoriasis and also in case of insect or bug bites. At times it is one of the best medicine for sun burnt skin where you can cut the aloe vera and apply the gel on the affected skin surface. You can even preserve aloe vera remains in the refrigerator. Aloe Vera has analgesic, anti-pruritic and astringent properties and thus it helps in reducing the pain and bleeding in case of minor abrasion injuries.

Due to the high level of water in aloe vera, it is a great tool to hydrate, moisturize and rejuvenate the skin. Aloe Vera helps in collagen and elastin repair and thereby increases the elasticity of the skin, which in turn prevents early wrinkles. Aloe Vera induces high blood flow to the skin via capillary dilation and thus supplies a good amount of oxygen to the skin cells. By this way aloe vera increases the strength and production of new skin cells.

As already mentioned above aloe vera helps in improving the digestion and detoxification, thereby it has a considerable secondary effect on weight loss. If the digestion and elimination process is healthy in an individual and along with that if he or she is doing regular physical activity like brisk walking or aerobic exercise then automatically there is chances of reducing the body weight. Thus, consuming aloe vera together with a good exercise regiment is a healthy weight reduction program.

Always fresh is best, hence try to use aloe vera as fresh as possible. The major advantage of aloe vera is that it can grow pretty much anywhere if proper care is given to it to grow.

Too much of anything is good for nothing. Even though aloe vera is an herb and it has so many potential effects within it, you should take it in huge quantity. Aloe Vera is an incredible potential herb which should be used in a moderate level to obtain its potency. Long term regular usage of aloe vera leads to loss of electrolytes from the body particularly potassium. Hence, try to use aloe vera in moderate amount according to the necessity. Try to avoid taking aloe vera internally during menstruation, pregnancy, hemorrhoids, and in case if you have degenerated liver or gall bladder.

The use of aloe vera can be tracked back 6, 000 years and the main people who started using this fine herb for several remedies is the early Egyptians. There are so many stone carvings available to prove this even today. The Egyptians called aloe vera as the “Plant of Immortality”. Even they presented aloe vera to the diseased Pharaohs as a burial gift. Even now you can see aloe vera in most of the topical creams and skin products including moisturizers, lotions and sunblocks. The FDA (Food and Drug Administration) has approved aloe vera as a natural food flavoring.