The inaugural ceremony of Sona Medical College of Naturopathy and Yoga, the latest educational unit of the popular and trusted brand in Education,  Sona Group of Educational Institutions, got off to a glorious and auspicious  start with a full-fledged pooja on the premises of the new college situated at Kandarkulamanickam (on the way from  Kakkapalayam to Attayampatti Road) in Salem. 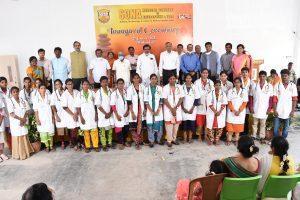 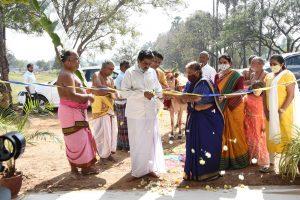 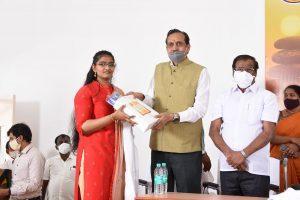 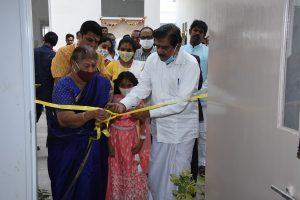 Other dignitaries who participated in the inaugural ceremony included former Inspector General of Police and Chinmaya Mission Hospital CEO Gopal B Hosur, KPN Travels CEO K P Natarajan,  Valli and Co Chairman Chidambaram Chettiar and Periyar University Vice Chancellor  Dr P Kolandeivel.
Impressed parents and their excited wards who had enrolled  for the   course  at the college were also present on the occasion.
The parents and wards went around the facility that has been set up with the Pancha Bhoota concept in mind, admiring the thoughtful manner in which the structure has been erected.
After the pooja, the auditorium was officially thrown open with a ribbon cutting event.